NAFTA provides that Canadian and Mexican citizens who have been offered U.S. jobs in certain professions, may enter the U.S. to work temporarily. 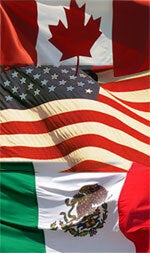 NAFTA provides that Canadian and Mexican citizens who have been offered U.S. jobs in certain professions, may enter the U.S. to work temporarily. One of the professions listed is, simply, “Engineer,” for which the applicant must possess a “Baccalaureate or Licenciatura Degree; or state/provincial license.” The NAFTA does not define the term “Engineer,” nor does it provide a list of specific types of Engineers which may qualify. A plain reading of the treaty, and the implementing regulations at 8 C.F.R. § 214.6, would therefore lead to the conclusion that any type of Engineer qualifies for TN classification. CBP has accordingly adopted a broad interpretation of this TN classification.

There was some question initially as to whether Software Engineer should really fall under the broader category of “Engineer” which qualifies for TN classification. However, that confusion was laid to rest with the Cronin memo which came out in 2000 and clarified that Software Engineers are indeed “Engineers” which qualify for TN classification. While the memo was issued by legacy INS, CBP continues to follow the guidance in our experience.

While the memo is helpful inasmuch as it clarifies that Software Engineers do qualify for TN status, it does contain language which has proved problematic for many individuals. That is, it states that it is reasonable for an officer to require that the applicant possess a degree which is in an Engineering field. Yet most Software Engineers do not prepare for their profession by pursuing an Engineering degree; they typically obtain Computer Science degrees, or related degrees in an Information Technology field. This is supported by the Department of Labor's Occupational Outlook Handbook, which states that Software Developers “usually have a bachelor's degree in computer science and strong computer programming skills.” (Note that there is no entry in the OOH for “Software Engineer,” but that the Department of Labor's O*NET manual lists “Software Engineer” as an alternate title for “Software Developer.”)