The Immigration and Nationality Act, section 101(b) defines a "child" as someone who is unmarried and under the age of twenty-one. Prior to the passage of the Child Status Protection Act in 2002, the child of an employment-based immigrant could only obtain an immigrant visa... 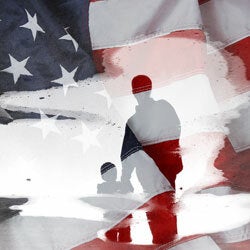 The Immigration and Nationality Act, section 101(b) defines a "child" as someone who is unmarried and under the age of twenty-one. Prior to the passage of the Child Status Protection Act in 2002, the child of an employment-based immigrant could only obtain an immigrant visa based on a parent's approved I-140 petition if he remained a child right up until the date that the obtained the immigrant visa. In many cases children "aged out" due to government processing delays. The Child Status Protection Act (PL 107-208), or CSPA, was passed to remedy this problem.

The CSPA was enacted and became effective on August 6, 2002. CSPA provides age-out protection for children who would otherwise lose eligibility for immigrant visas due to processing delays, but does not protect children from aging out due to visa number unavailability.

Section 3 of the CSPA applies to the derivative children of employment-based immigrants. It contains a rather convoluted formula that is designed to offset the age of derivative children on the date a visa number becomes available, by the number of days the parent's petition was held up due to USCIS processing delays. When applied, the formula yields the “CSPA age” of the child, an age that is determined on the date a visa number becomes available, and that, once established, remains locked in, so long as the child seeks to obtain an immigrant visa within a year of a visa number becoming available.

For employment-based categories (such as EB1), the CSPA formula acts to lock in a derivative beneficiary's age as of the date the parent's I-140 petition was filed. When visa number availability is severely backlogged, however, the result of application of the CSPA formula cannot be determined until after the parent's priority date becomes current because the starting point of the CSPA calculation, as noted above, is the child's age on the date when a visa number becomes available. In many cases, the reduction of the child's age by the number of days the I-140 petition was pending will not reduce the child's “CSPA age” to below twenty-one. Thus the CSPA does very little to help children from aging out in cases where there is a long wait period for a visa number to become available. The CSPA formula fails to protect children from aging out because the amount of time for which an I-140 petition remains pending is much shorter than the amount of time for which a visa number will remain unavailable.

The current I-140 processing time for most types of petitions is around 4 months. That is very little time compared to the potentially decades long delay for a visa number to become available for some employment-based beneficiaries, most notably EB3 beneficiaries who were born in India or China. In these cases, even if the I-140 is filed well before the beneficiary's children turn 21, the CSPA does not protect these children from aging out if they turn 21 before a visa number becomes available for their parents.

In such cases it is likely that the children of Indian and Chinese EB3 beneficiaries will not be able to adjust status as derivatives of their parents but will need to pursue their own path to U.S. permanent residency much in the way that many of their parents did, i.e., by obtaining F-1 visas after they turn 21 and can no longer remain in H-4 status; get a job on OPT; change status to H-1B and find an employer who is willing to sponsor them for permanent residency.