On September 10, 2015, we reported that the Department of State (DOS) issued a new Visa Bulletin format for October 2015, with two separate cut-off dates one relevant to when an I-485 application may be filed and the other controlling the date on which DOS or USCIS could approve an immigrant visa or I-485 application. 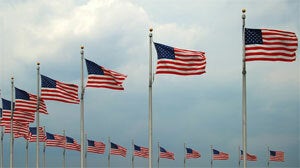 On September 10, 2015, we reported that the Department of State (“DOS”) issued a new Visa Bulletin format for October 2015, with two separate cut-off dates; one relevant to when an I-485 application may be filed and the other controlling the date on which DOS or USCIS could approve an immigrant visa or I-485 application. The October Visa Bulletin, while published in September, does not go into effect until October 1. However, its publication is deemed an official pronouncement as to upcoming visa availability. The reason that it is published in advance of its effective date is to assist foreign nationals in planning and preparing their applications for filing.

However, on September 25, 2015, DOS published a new Visa Bulletin with amended cutoff dates. The filing dates backed up as much as 2 years in some cases. This means that thousands of people who have spent the last 2 weeks preparing to file I-485 applications in October are now no longer eligible to do so. This is a terrible disappointment for those individuals. Spouses who thought that they would, at long last, be able to apply for work authorization in the U.S. will now not be able to. In addition, would-be I-485 applicants who thought that they would qualify to change employers under AC21's permanent portability provisions now will not be able to do so. The American Immigration Lawyers Association (“AILA”) has issued a press release to this effect.

The last time (and the only time in our recollection) that the Department of State attempted to revise the Visa Bulletin after its publication was July 2007. In that case, as a result of infighting between USCIS and DOS with regard to allocation of visa numbers, the State Department issued a Visa Bulletin showing that all employment-based visa classifications were “current,” which opened the floodgates and permitted thousands upon thousands of individuals to apply for adjustment of status even though it would be many years before a visa number would actually be available for them. (We actually still have some pending I-485s that we filed in July 2007, though most have been approved within the last couple of years.) In that case, DOS attempted to revise the Visa Bulletin after the beginning of July in order to establish new cutoff dates on July 2nd, but were prevented from doing so by litigation.

This case is different from July 2007 in that DOS has published the updated Visa Bulletin in September, i.e., in advance of its effective date rather than in the middle of the month in which it is effective. While that is in some ways better, it does not change the fact that people laid concrete plans in reliance on a Visa Bulletin that is not supposed to change.

This case is also different from July 2007 in that bringing litigation may have serious unintended negative consequences. We are grateful for DOS's new two-track Visa Bulletin system, with the separate cutoff dates for filing and adjudication of immigrant visa applications and do not want to see that system rescinded. It is possible that if someone sues DOS over the change in the Visa Bulletin on September 25, that DOS will not revert to the prior cutoff dates from the September 10th Visa Bulletin, but will do away with the two-track system entirely, which would not be beneficial to applicants.