The American Competitiveness in the Twenty First Century Act (P.L. 106-313), or AC21, provides permanent portability for long delayed applicants for adjustment of status. 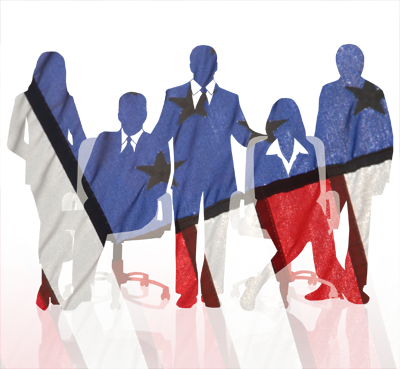 The American Competitiveness in the Twenty First Century Act (P.L. 106-313), or AC21, provides “permanent portability” for long delayed applicants for adjustment of status. AC21 106 reads, in the pertinent part:

A petition under subsection (a)(1)(D) for an individual whose application for adjustment of status pursuant to section 245 has been filed and remained unadjudicated for 180 days or more shall remain valid with respect to a new job if the individual changes jobs or employers if the new job is in the same or similar occupational classification as the job for which the petition was filed.

Section 106 contains similar language regarding the ongoing validity of the underlying labor certification when someone takes advantage of permanent portability.

There are no regulations in place to interpret AC21 even though it was enacted in 2000. There are agency memos stating USCIS position. While they are helpful in providing guidance on how USCIS interprets the law, they are not binding precedent, meaning that they cannot be relied upon in a court of law if their positions are ever challenged.

In addition to these two requirements, and while not specifically required by AC21, it is also best to wait until the underlying I-140 petition is approved before using portability, for the following reasons:

Note that per the Yates memo mentioned above, if one ports after the I-140 is approved and the I-485 application has been pending for 180 days, then even if the I-140 petitioner withdraws the petition, the withdrawn I-140 remains valid for porting purposes.

When & How to Notify USCIS that you have ported

USCIS has requested unofficially that those who invoke permanent portability submit a letter to USCIS informing USCIS that they have changed employers. This is not an explicit requirement created by AC21, but USCIS preference. It may be in the foreign national's best interest to follow this guidance, however. It is possible that if an I-140 petitioner withdraws even an approved I-140 petition, after the beneficiary's I-485 application has been pending for 180 days, USCIS will automatically deny the I-485 application if they do not have a portability letter on file for the beneficiary.

The porting letter should set forth the basis for reliance on permanent portability covering all of the factors set forth above: the I-140 petition is approved, the I-485 has been pending 180 days, and the new job is in the same or a similar occupational classification. The tricky part is for the foreign national to prove that these elements have been met in situations where the I-140 petitioner will not release documents. Since the I-140 is the employer's petition, the foreign national may not have access even to the I-140 receipt number or a copy of the job description contained in the labor certification or I-140 petition.

Even with only an I-140 receipt number, the foreign national should be able to provide enough information to USCIS that they can track the information on the petition in their computer database. Failing that, the Alien Registration Number or “A” number (the number A followed by 9 digits) appears on the Receipt Notice for the I-485 application for adjustment of status. Since the I-485 is the foreign national's application, he/she should have access to the receipt notice for this. If an attorney prepared the I-485, the attorney should provide this to the foreign national. The I-485 receipt notice will show a Receipt Date (which is usually earlier than the Notice Date). The receipt date determines when the 180 days start to run for porting purposes. The A number can also be used to track other petitions/ applications approved on the foreign national's behalf, including the approved, underlying I-140 petition.

As stated above, it is not an absolute requirement to submit a portability letter proactively immediately upon porting. If not submitted initially, it may be required prior to I-485 adjudication. For I-485s that remain pending for a substantial amount of time (and there is no firm period established for this), USCIS generally issues a Request for Evidence (“RFE”) asking for updated proof that the job offered in the I-140 petition is still available to the foreign national. Generally, if portability is not used, this would be provided by the I-140 petitioner and would verify that the job is still open. If portability is used, the letter would need to come from the new employer and would have to describe the job the foreign national is currently filling as well as the wage. Again, this should be accompanied by information/ evidence that the foreign national has met all of the other requirements for porting.

It is possible that if a portability letter is not submitted, USCIS may not ever issue an RFE, and the I-485 application could be approved without the issue of portability arising.

It is best to maintain H-1B status when porting, if at all possible. An EAD card provides employment authorization for those foreign nationals on whose behalf I-485 applications are pending. However, it is not considered a status; therefore someone using I-485-based EAD is technically deportable for being out of status, though it would be unlikely that Immigration Customs & Enforcement would place someone in this situation into proceedings. Nevertheless, H-1B status is an actual nonimmigrant status that, if properly maintained, does not make one removable from the United States.

H-1B status is easier to maintain than EAD, and less likely to result in gaps in employment authorization. Based on other AC21 provisions, in many cases H-1B status can be extended in 3-year increments indefinitely while the I-485 is pending. Even in situations where it can only be extended in 1-year increments, H-1B status provides the benefit that beneficiaries can continue to work for the same employer for up to 240 days while the extension of stay requests are pending.

Finally, in the event that the I-485 application is denied for any reason (and the chances of denial are greatly increased by using portability), H-1B status provides a fall-back basis for employment. It is likely that someone in this situation would not be able to continue extending H-1B status following I-485 denial, depending on the timing of status validity and I-485 denial, and the willingness of the new employer to start the green card process again. However, any time left on the current H-1B petition when the I-485 is denied can still be used. Maintaining H-1B status when porting avoids a situation where the foreign national is required immediately to leave the United States if the I-485 is denied.