As we previously reported, the AAO precedent decision, Matter of Simeio Solutions, Inc., dramatically changed the requirements for when an amended H-1B petition must be filed... 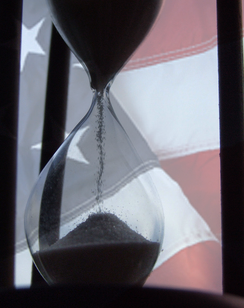 USCIS has indicated, in a memo dated July 21, 2015, that H-1B amended petitions with the same employer, due to a mere change in location, fall within the scope of the American Competitiveness in the Twenty First Century' Act's (AC21) H-1B portability provision, stating:

Once a petitioner properly files the amended or new H-1B petition, the H-1B employee can immediately begin to work at the new place of employment, provided the requirements of section 214(n) of the INA are otherwise satisfied. The petitioner does not have to wait for a final decision on the amended or new petition for the H-1B employee to start work at the new place of employment.

AC21's H-1B portability provision basically provides that an alien who was previously granted H-1B status and lawfully admitted to the United States may begin working for a new employer upon the filing of a new H-1B petition rather than waiting for the petition to be approved, as is required with all other nonimmigrant classifications. This provision is codified at section 214(n) of the Immigration and Nationality Act (INA), which states, in the pertinent part,

A nonimmigrant alien … who was previously issued a visa or otherwise provided nonimmigrant status under section 101(a)(15)(H)(i)(b) is authorized to accept new employment upon the filing by the prospective employer of a new petition on behalf of such nonimmigrant as provided under subsection (a).

The language indicating “new employment” with a “prospective employer” makes it seem as though porting is only permitted in cases where the beneficiary is changing employers, not in cases where the initial H-1B petitioner is filing an amended petition. Therefore, prior to release of the USCIS memo, it was not clear whether the beneficiaries subject to the new amended petition filing requirements would be eligible to work at the new location prior to the approval of the petition. USCIS, however, clearly stated that they may indeed “port” to the new location and start working there once the amended petition has been filed.

The fact that USCIS has classified amended petitions as falling within the scope of the H-1B porting rules raises another question: namely, can an H-1B beneficiary on whose behalf an amended petition is pending, and who has started working at the new location prior to petition approval, travel outside the United States and be lawfully readmitted prior to approval of the amended petition? This question was asked and answered in 2001, shortly after AC21 was signed into law. A January 29, 2001 Pearson memo on travel & AC21 states that individuals who have a currently valid H-1B approval notice and visa may travel while a new H-1B petition is pending and after the alien has ported to the new employment. People taking advantage of this provision must carry with them, when traveling, their original and still-valid H-1B approval notice and visa as well as the receipt notice for the pending H-1B petition. It is also advisable to carry a letter of employment, pay stubs and an attorney letter outlining how the traveler meets the requirements of AC21, though these items are not listed in the Pearson memo.

While the Pearson memo appears to apply to the situation where an H-1B beneficiary has an amended petition pending with the same employer, there is some risk involved in relying on this guidance, because: (1) the Pearson memo is a legacy INS memo and CBP can simply decline to follow it if they wish; (2) CBP officers at the border are not well-versed in H-1B porting rules and may not understand what is being requested; and (3) while USCIS has indicated in a memo that the agency views the filing of amended petitions by the same employer to fall within the scope of AC21's H-1B portability provisions, the memo is not a legally binding document, nor is CBP (at the border) bound by USCIS' interpretation. Therefore people who choose to travel outside of the U.S. while an amended petition is pending do so with some measure of risk involved.

Another legal question raised by the new amended petition filing requirements has to do with timing. While the new requirement applies equally to all H-1B petitioners, it has the most impact on IT consulting firms, because those companies often require that the beneficiary frequently and regularly change end client locations and assignments. USCIS adjudications on IT consulting petitions are not all that consistent; the type of end client documentation that works for one case may not work for another. Petition validity periods also seem to get cut short at random by adjudicators. The process is all but reliable. So what happens when you have an IT consultant who changes assignments and the petitioner performs its due diligence by obtaining a new LCA and filing an amended H-1B petition prior to the beneficiary changing worksites, but then the petition remains pending for several months because USCIS adjudications are backlogged? Then what if the beneficiary's assignment changes again and the petitioner has to file another amended petition, but the first amendment still remains pending? This is a complicated fact pattern.

First of all, let's look at a situation where the initial H-1B petition which was approved on the beneficiary's behalf is still valid and has not yet expired. Let's say I have an I-797 that is valid from January 20, 2013 to January 19, 2016. Today is January 6, 2016. If my employer filed an amended for me back in September 2015, I changed assignments right after it was filed, and now the assignment is coming to an end. If my company files another amendment for me for yet another assignment which starts on January 18, 2016 (which would necessarily include an extension of stay request as well), can I “port” by starting to work at the new project/location on the 18th if the new amendment has been filed? Under these facts, the answer is clearly yes, I can. I meet all the requirements to port. But what happens if on the 18th my employer receives a denial of my prior H-1B amendment that states it's being denied because my employer did not provide USCIS with adequate documentation that my last project actually existed. Am I out of status because USCIS thinks the project I just finished didn't really exist? Or am I ok if the new amendment for the project I just started on is ultimately approved? That is an open legal question.

Now assume the facts are a little different. I still have an I-797 showing valid H-1B status from January 20, 2015 through January 19, 2016 and today is still January 6, 2016. My employer still filed an amended petition for me in September 2015 and I ported to that assignment. But let's say that because my H-1 status was set to expire in January 2016 anyway, that when my employer filed that amendment in September they also asked USCIS to extend my stay for another 3 years. So that petition is still pending and won't be adjudicated for another few months. According to the portability rules I can keep working so long as that amendment is pending. Now let's say that on January 25, a few days after my status expires, that project I started in September will be coming to an end and my employer has a new one lined up for me to start the following day. My employer files that amended petition (with an extension of stay request again). But now I'm not in status when the petition is filed. So this is what USCIS terms a “bridging” situation. USCIS provided guidance on “bridging” situations in a 2005 AC21 memo. Bridging refers to a situation with facts similar to this example. That is, when someone is in a period of authorized stay pursuant to a pending extension of stay request, and additional subsequent petition(s) are filed for the same beneficiary. The relevant portion of the memo states as follows:

Question 1. Can an H-1B temporary worker “port” under §105 of AC21 (INA § 214(n)) from one employer to another even after the alien's I-94 or last approved petition has expired as long as he or she is still in a “period of stay authorized by the Attorney General”?

In other words, porting under INA §214 does not require that the alien currently be in H-1B status as long as he or she is in a “period of stay authorized by the Attorney General.”

III. Q & A ON PROCESSING OF H-1B PETITIONS UNDER THE “ONE-TIME PROTECTION UNDER PER COUNTRY CEILING” PROVISION OF §104(C) ALLOWING EXTENSION PAST THE H-1B 6-YEAR LIMIT

Question 2. Can there be successive H-1B portability petitions filed for an alien while the previous H-1B petitions remain pending (i.e. creating a “bridge” of H-1B petitions)?

Answer: Yes. However, to be approved every H-1B portability petition must separately meet the requirements for H-1B classification and for an extension of stay.

Answer: As stated above, to be approved every H-1B portability petition must separately meet the requirements for H-1B classification and for an extension of stay. In the event the alien's nonimmigrant status has expired while the petitions are pending, the denial of any filing in the string of extension of stay and/or change of status filings undercuts the “bridge” that “carried” any petition filed after the expiration of any approved status which will result in the denial of the successive requests to extend or change status.

Note that in a bridging situation, every petition in the bridge must be approved in order for any subsequent petitions to be approved. Therefore, in our example where I have an amendment/extension petition pending with my employer that was filed in September; my prior approval expires in the meantime; and then I have a new amendment/extension petition filed after my approval expires, I am in a bridging situation. Therefore, if my September petition is denied, then the subsequent petition filed in January will also be denied.

So it is clear that where there is a true bridging situation, if any petition in the bridge is denied, then all subsequent petitions will be denied. This is the risk in bridging. (Most times, in order to avoid this scenario, people upgrade their pending H-1B petitions to premium processing to get a timely decision.) What is not clear is whether, when successive amendments are filed with the same employer but all are adjudicated during the validity period of the underlying approved H-1B petition, whether the “bridging” concept also applies; i.e., whether denial of the first amended petition will automatically result in denial of all additional amended petitions that are filed subsequently and while the initial amendment remains pending.

In short, the new requirement to file an amended petition whenever an H-1B beneficiary changes his worksite has created some thorny new legal questions that as of yet do not have clear answers.