As we previously reported, a federal court, in August 2015, struck down the STEM OPT provision because USCIS failed to follow the proper procedures in implementing it. 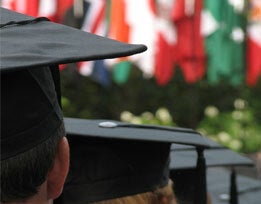 As we previously reported, a federal court, in August 2015, struck down the STEM OPT provision because USCIS failed to follow the proper procedures in implementing it. When striking down the rule, the court gave USCIS 6 months to remedy the situation by following the appropriate notice and rulemaking procedures. Thus the court ruled that the current STEM OPT provision would be invalid as of February 12, 2016.

Accordingly, on October 19, 2015, USCIS published a Notice of Proposed Rulemaking in the Federal Register. If the Proposed Rule is made final, it will retain the STEM OPT provision with some changes. However, the basic substance of the legal provision will remain the same.

Since last October, there have been no significant updates regarding the status of the Proposed Rule. With the H-1B cap season approaching on April 1, this has made many international students and their U.S. employers uncertain about their future. For example, it is unclear what will happen to F-1 graduates who have currently valid STEM OPT authorizations which will expire between April 1 and October 1, 2016; whether they will lose their employment authorization on February 12; whether they can work using the “Cap Gap” provision, etc.

As February approaches, USCIS still has not made the new STEM OPT rule final. However, on January 23, 2016, the Federal District Court for the District of Columbia granted an additional, temporary extension of the previous STEM OPT rule. The stay is valid for 90 days from February 12, or through May 10, 2016.

The timing of the stay is significant in that STEM OPTs will be valid past the first week in April when cap cases are filed. Thus individuals who are on STEM OPT which will expire any time after April 1 and whose cases are accepted into the H-1B lottery will be assured that, even if their STEM OPT expires, they will still be covered by Cap Gap employment authorization. In addition, hopefully the additional 90 days will give USCIS time to complete the rulemaking procedure necessary to make STEM OPT a permanent and legal part of the H-1B regulations.