The Immigration and Nationality Act places an annual cap of 65,000 on the number of new H-1B petitions that can be filed in any given year. In addition, the first 20,000 petitions filed for individuals with a U.S. masters degree or higher are exempt from the 65,000 cap, meaning that there are actually 85,000 H-1B cap numbers available each fiscal year. 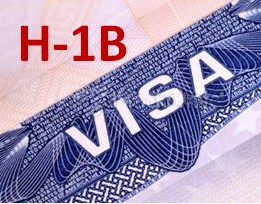 The Immigration and Nationality Act places an annual cap of 65,000 on the number of new H-1B petitions that can be filed in any given year. In addition, the first 20,000 petitions filed for individuals with a U.S. masters degree or higher are exempt from the 65,000 cap, meaning that there are actually 85,000 H-1B cap numbers available each fiscal year.

On April 7, 2015, USCIS announced that the FY 2015-2016 H-1B CAP had been reached. Today, USCIS notified email subscribers that they received approximately 233,000 cases including those filed for the advanced degree exemption (master's cap).

USCIS will now begin issuing receipt notices and returning unselected petitions. For those petitions that are not selected, filing fees will be returned (unless the petition is found to be a duplicate filing).

USCIS previously announced that they will begin processing H-1B cap cases filed with a request for premium processing no later than May 11, 2015.

Odds of Being Selected

USCIS begins accepting H-1B CAP cases for the upcoming fiscal year on April 1. Prior to 2009, the H-1B CAP was regularly met within the first week of April and a lottery system was put into place. Under the lottery system, all cases received within the first seven business days of April are assigned a number and 85,000 cases are selected from the total number received during that period.

From 2009 to 2012, economic recession led to employers filing fewer H-1B cases during the first week of April and for four years, the cap remained open anywhere from 3 to 11 months allowing for first time H-1B filing throughout the year. In 2013, the FY2014 cap once again filled in the first week receiving 124,000 cases. The number of petitions received each year has steadily risen since that time (last year, 172,500 cases were received which gave most candidates less than a 50-50 chance of their petition being selected).

With the announcement today that 233,000 cases were received, the odds of being selected are much lower than years past (slightly better than 1 in 4, or a little over 30%). While some H-1B candidates are outside the U.S. at the time of selection, many are students who are currently working on OPT or STEM extensions and need the H-1B in order to continue working in the U.S. Fortunately for students with U.S. master's degrees (or higher), they will get two chances at being selected in the lottery, thus increasingly their odds of selection.

While many firms use their own data to speculate the odds of a case being chosen, the process is intended to be completely random so there is no way to accurately predict whether or not a case will be selected. Premium processing receipt notices are usually emailed in April, while regular receipts are mailed and typically received late April or early May. Rejected petitions are known to be returned as late as June.