Does My Conviction Make Me Inadmissible to the United States?

Filing a nonimmigrant waiver application unnecessarily could have the unintended consequence of preventing someone from ever being eligible for permanent residency. 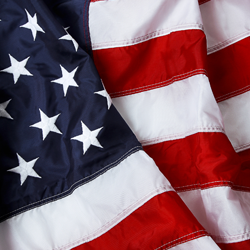 Section 212 of the Immigration and Nationality Act (“INA”) enumerates various grounds of inadmissibility to the United States. Those grounds are broken up into public health concerns, criminal related grounds, foreign policy related grounds, those likely to become a public charge, those requiring labor certification, and those guilty of certain types of misrepresentation, those previously removed from the United States, and various other grounds. The criminal related grounds create perhaps the most confusion.

Not every criminal conviction will give rise to a ground of inadmissibility. Only those with the following types of conviction records are inadmissible:

In practice, the criminal related grounds of inadmissibility that we most often see are those numbered 1-3 above. It is worth noting that an alien's admissibility hangs on the language of the criminal statute under which he was convicted. Only those convicted under statutes clearly describing a CIMT or drug related offense give rise to a finding of inadmissibility under the relevant sections above.

The burden of proof always rests with the applicant for a visa or admission, thus those who have a criminal conviction or multiple convictions, should present original proof of their convictions in the form of court sentencing documents at the time of the visa interview or application for admission to the U.S. Often, government officers will be able to see that an individual has a record of conviction but will not be able to see the particulars of the offense. When this occurs, the alien will not be granted an immigration benefit until he can prove that his conviction does not make him inadmissible.

In some cases, simply carrying the conviction records will provide sufficient information for the officer to determine whether the alien is inadmissible. In unclear cases, it is best to hire an attorney to prepare a memorandum of law explaining why the office does not make the alien inadmissible (if possible).

There is a general nonimmigrant waiver which is available to waive most grounds of inadmissibility. However, before filing a waiver application, it is important to be sure that you are actually inadmissible from the U.S. The grounds of inadmissibility are nuanced and we have seen many cases in which a CBP officer concluded that an individual was inadmissible, only to discover that the person actually was not inadmissible. We have worked with ports of entry to resolve such issues rather than filing a nonimmigrant waiver since doing so is essentially conceding to one's inadmissibility. While it may be expedient to do so for the present, the grounds available to waive inadmissibility to the U.S. as an immigrant (permanent resident) are far more limited. Thus filing a nonimmigrant waiver application unnecessarily could have the unintended consequence of preventing someone from ever being eligible for permanent residency.